Pregnancy After 40 Statistics: A Closer Look 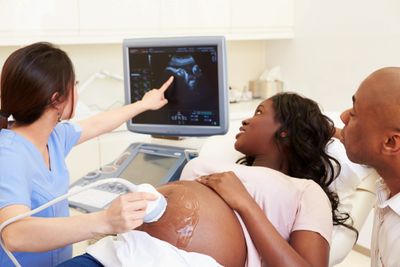 So it has finally happened! After trying for what seems like an endless amount of time you’re pregnant! Now you want to see how to keep your baby healthy as he grows in your belly. You know that typically younger women have babies, but you’re pregnant now! So you go to the web and start looking for information about….you start looking for….wait….this isn’t a happy time? Oh no, this is bad! Really bad! All of the statistics say that….that….your pregnancy is horrible! It’s far too late, and now it just isn’t going to work out. Stat after stat tells about how it isn’t likely this and is too risky that….you’re just about ready to throw your device out the window!

Well don’t worry too much. Those horrible looking statistics aren’t really as bad as they seem when you first see them. You see, there are ways to take the same data and present it as positive or negative, depending on what the stats actually are. In this article, we’ll go through how the stats for having a baby after 40 are typically presented. Then we’ll look at other ways of presenting the same data with the same meaning but a different spin.

One of the things you’ll see repeatedly is that a woman in her 40s has an “increased chance” of some undesirable outcome happening during pregnancy. Many times, these stats are true. However, they are often expressed in a way that makes them look far more scary than they really are. Let’s take a look at some of these stats.

Gestational diabetes (GD) is a type of diabetes that occurs in women who develop diabetes during their pregnancy when they were not diabetic before being pregnant. GD happens when your body doesn’t create enough insulin while being pregnant. Because your body is creating more hormones, at times this causes your body’s cells to be less efficient in using insulin, resulting in your body needing more insulin to operate properly.

According to Diabetes Research and Clinical Practice, a woman at age 40 is 5 times more likely to develop Gestational Diabetes than a younger woman. While that looks pretty bad, let’s take a closer look at the numbers. The actual cutoff used in the study is 25. That means that every woman over the age of 25 is more likely to have Gestational Diabetes.

The “younger woman” in the statement above is an 18 year old. According to the study, the chances of Gestational Diabetes increases every year after age 18. This means that 40 isn’t some “magical number” but the chances do consistently increase with time.

So once we know the actual numbers, you can see that with avoidance odds of 94.2%, there really isn’t too much of a reason to worry. You definitely want to minimize your chances of developing GD, but know that many of the stats make it seem more likely that it will happen than it actually is.

In general, blood pressure is the pressure of the blood in your body pushing against the walls of your arteries, similar to filling a balloon with air. High Blood Pressure is when there is too much force pushing against your arteries. This can cause other health issues, similar to putting too much air in a balloon which can cause the balloon to pop. It can also lead to preeclampsia, which is a blood disorder that affects all of the organs in the body.

According to medlineplus, diabetes can develop in some pregnant women, typically after 20 weeks of pregnancy. Many times there are no other complications and there is no additional risk to you or your baby. In most cases, it goes away around 3 months after giving birth but can increase the chances of developing hypertension later in life.

Women over 40 are at an increased risk for having Gestational hypertension (GH), another name for High Blood Pressure that develops while you are pregnant. So what does this actually mean?

Around 7% of pregnancies result in GH. According to the American Journal of Hypertension there is not a consistent risk for developing GH based on age. What they found is that the risks for GH increase with the increase of extra weight carried by the mother. So the more overweight you are, the more likely you are to develop GH. As older mothers are more likely to be overweight than younger mothers, there seems to be a pattern related to age.

This is a big one that prospective mothers worry about. The thought of having a child whose life will be hard from the beginning due to a genetic disorder is enough to keep many women up at nights. Now you’ve likely heard all about this, and about how you are more likely to give birth to a baby with some type of genetic anomaly if you are over 40. Well let’s take a closer look at the numbers.

So while the math is correct as a mother at 40 is 8 times more likely to have a baby born with a defect, that’s not the whole story. Because the chance is so small to begin with, a 1% increase in the chance leads to the “8 times more likely” stat, which sounds far scarier than it actually is.

Here’s a specific genetic defect that worries a lot of women. Down syndrome is the most common disorder that children are born with. It involves a child being born with an extra chromosome which can cause mental and physical differences from a child with Down Syndrome and a child without it.

Mothers in their 40s are 13 times more likely to have a child with Down Syndrome than a mother in her early 20s. Thirteen times! Surely this means that it’s just bound to happen right? Well lets take a closer look at the numbers….

A Cesarean Section is the delivery of a baby by creating an incision in the mothers’ stomach and uterus and removing the baby. This is done when the doctor determines that it is a safer method of birth than delivering the baby vaginally. The rate of Cesarean sections in the world is about 19%.

Here there is a noticeably greater chance of having a C-Section than having a vaginal delivery if you are over 40. Having a C-Section, however, is not particularly dangerous, with a death rate of about 5.8 per 100,000 procedures.

Chances of Getting Pregnant

So, here’s the reason many of you are here: What are my chances of getting pregnant? Well, the short answer you don’t have as much of a chance as you did when you were younger, but you already knew that. Once of the reasons female fertility decreases with age is because women are born with all of the eggs they’ll have in their lifetimes. You release an egg each menstrual cycle, and over time deplete the eggs you were born with.

Of course this chance doesn’t take into account alternative methods of pregnancy like in vitro fertilization or others. So although your chances are reduced, they aren’t exactly 0 as a 46% chance per year means a fair number of women over 40 will conceive naturally.

Premature labor is when you begin having contractions that start before the 37th week of your pregnancy. This can lead to your child being born before fully maturing in your womb. This is called a preterm birth, which is when your baby is born between 20 and 37 weeks. Because your baby is not fully matured, they can be born with health issues. The biggest risk for health issues is with babies that are born before 34 weeks.

About 12% of all births are preterm births according to the Obstetrics & Gynecology Green Journal. For women over 40, most of the time a baby is born prematurely is due to a recommended medical procedure to preserve the health of both the baby and the mother. According to the Public Library of Science the major causes of preterm birth are the condition placenta pravia, complications from high blood pressure and the previous history of the mother. But even apart from those factors, they found that the mother being over 40 was a risk factor in preterm birth. The good news is that only 10% of women who have preterm labor go on to have preterm deliveries within 7 days of the labor beginning. For 30% of women the labor stops without any intervention.

The age group that has the lowest chance of premature labor and delivery is ages 30-34. So for women over 40 there is a greater risk. Note that there is also a greater risk for women under 30, particularly under 20.

Miscarriage is the termination of a pregnancy before the 20th week. Some of the signs of a miscarriage are as follows:

So yes, there is more of a risk of miscarriage as you age. There are, however, some things you can do to reduce your chances. These include:

Note that there are increased risks both for women over 35 years AND for women under 20 years old.

Conceiving in an imperfect world

So is it ideal to become pregnant after 40? No, it isn’t. If this were a perfect world, you would become pregnant when you are 24.6 years old and have 3.2 children to go with your husband who you dated for 4.8 years and married. But since we don’t live in that world, sometimes it can take longer to get all of the factors completely in order.

As a result, some people can become pregnant later than the “ideal”. Looking at the statistics can help to prepare you for what’s to come, but some of the statistics are presented in ways that make having a baby after 40 look like you’re trying to drive to the moon. This is hardly the case. The vast majority of women will have happy, healthy babies based on those statistics you’ve been seeing on other sites. Just keep in mind that they’re always presented from the standpoint of what will go wrong, as opposed to showing you the stats on what can (and probably will) go right. So you definitely will have to take more precautions than you would have in your 20’s, but they’ll be worth it when you will likely have a healthy baby once you give birth. Good luck!