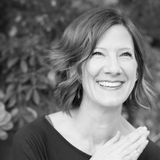 
In her late 30’s, Wendy, a prenatal yoga therapist, and her husband started contemplating having a baby after being married for many years without having children. After this discussion and on a fateful day during a delayed honeymoon, while using the “pullout method”, Wendy became pregnant, only to miscarry at the end of her first trimester. After a chemical pregnancy shortly after that, Wendy became pregnant a third time and delivered her son at the age of 40. Experiencing the inability to urinate and massive bleeding as a result of a subchorionic hemorrhage in the beginning of her second trimester, with some minimal medical intervention and rest, Wendy was able to deal with her both her losses and pregnancy complications by implementing and practicing yoga therapy. Wendy also discusses using a birth doula, consulting a lactation specialist, blood cord banking, and supplementing with Organic formula. Tune in to this episode to hear Wendy’s full Pregnancy After 40 journey and story.