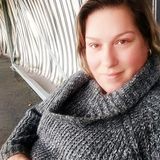 Listen to "Episode 008 - Stroke Survivor with Type 2 Diabetes Handles Various Pregnancy Challenges Like a Pro at 41 w/ Katherina" on Spreaker.


At 40 years old, Katherina thought she was premenopausal due to irregular cycles, only to find out that she was pregnant 2 months later. Having a stroke in her 20’s and developing Type 2 Diabetes after having her son in her 30’s, Katherina was not expecting for her and her longtime partner to have another baby – but he was very welcome into their lives. However, suffering from debilitating and extreme bloating, an over production of the Relaxin hormone, being overweight and in her 40’s, this pregnancy was challenging. Katerina ended up having an emergency pre-term induction and c-section only to be separated from her newborn due to him being in the NICU was even more exasperating. Tune in to this episode for Katherina’s full pregnancy after 40 journey and story.