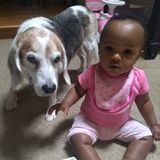 
After 14 years of unsuccessfully trying to have a baby both on her own and via IVF multiple times, Sara and her husband began to accept the fact that they wouldn’t have any children, especially after being diagnosed with PCOS, Type 1 Diabetes and an autoimmune disease in her teens. Sara never had periods on her own unless she was put on medication or hormones to force them happen. With IVF treatments she was able to conceive yet suffered countless miscarriages over the years. As a result, it was understandable why she wanted to throw in the towel. However, in the beginning of 2017, Sara began making some changes her lifestyle that resulted in her having her first period without being medically induced. Later that year, Sara became pregnant, naturally at 40 years old giving birth to her first baby at 41 years old, albiet with a few pregnancy complications and preterm labor. Now 43, Sara and her husband are trying again for another baby to add to the clan. This episode is truly an amazing and inspiring story of never giving up on your desire to have a baby over 40 years old. To hear more, tune in to this episode for Sara’s full Pregnancy after 40 Journey and Story.