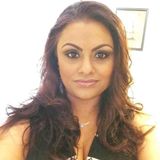 Listen to "Episode 015 - From Multiple Miscarriages to Multiple Babies in Her 40's w/ Jenny" on Spreaker.


Jenny’s first pregnancy in her 20’s ended tragically when she went into preterm labor and had to deliver her son 24 weeks due to having an incompetent cervix. Understandably devastated, Jenny and her husband tried to conceive several years later and began taking progesterone to support her pregnancy. Unfortunately, Jenny suffered a total of 6 miscarriages and finally gave up. Once she let her dream of having a baby go, one night she was advised to take a pregnancy test and to her surprise she was pregnant again. She immediately began taking progesterone again and delivered her first son at 38 years old. And her second at 42 years old. And then her third at 45 years old. Now with 2 boys and a girl, all naturally conceived, Jenny is truly a testament to “delay is not denial!” Despite being diagnosed with Gestational Diabetes while pregnant with her second son, it never went away and she was diagnosed with Type 2 Diabetes after his birth which she has been able to control with her diet. An amazing story of grief and hopelessness to surprise and elation, Jenny is an inspiration. To hear more, tune in to this episode for Jenny’s full Pregnancy after 40 Journey and Story.