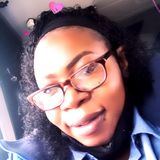 Listen to "Episode 024 - Unexpected Pregnancy After Infertility Diagnosis Due to Fibroids and Endometriosis w/ Sophia" on Spreaker.


Sophia was told in 2017 by her doctor that she would not need birth control because she had huge fibroids and endometriosis and informed that pregnancy was not possible. She accepted the fact that she wouldn’t have any more children but continued to suffer with the pain associated with having fibroids a few more years until it was unbearable. She was advised that the only way to alleviate the pain caused by the fibroids was to have a hysterectomy. Being in her 40’s already and already having 2 older daughters, Sophia agreed to have the major procedure to have her uterus surgically removed. However, 2 weeks before the scheduled surgery, Sophia went in for pre-op only to find out that she was pregnant. In complete shock of this news, the surgery was obviously canceled, she had the baby and during delivery, the fibroids and endometriosis passed as well. This is an amazing story of being told by a medical professional that there was zero chance in conceiving again to having a baby over 40 years old. To hear more, tune in to this episode for Sophia’s full Pregnancy after 40 Journey and Story.

Also, if you’re trying to conceive (TTC), check out our “50 Fertility Tips for Women over 40” by visiting www.PregnancyAfterForty.com/FertilityTips

Disclaimer: The content in this podcast episode article is merely the host’s and guest’s experience, opinion and information - not advice. If you have questions, you should always seek the advice of a doctor or another appropriate medical professional.